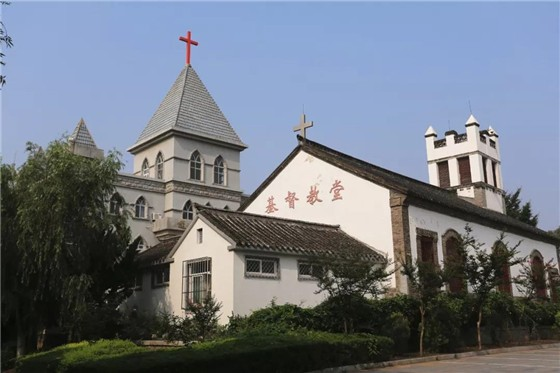 PENGLAI, China (BP) — The name, “Lottie Moon,” is known by Southern Baptists far and wide. From the Woman’s Missionary Union’s Lottie Moon Christmas Offering to movies, books and documentaries detailing her life of service, Lottie Moon is often hailed as a “missionary hero.”

Lottie Moon’s legacy will now be preserved beyond the Southern Baptist realm. Wulin Shenghui Church of Penglai in Shandong province, where Lottie Moon was a member during her time in Dengzhou, China, has been designated as a nationally protected historical and cultural site by The State Council of the People’s Republic of China, the China Christian daily reported Nov.14.

The announcement came just before Southern Baptists observe the Week of Prayer for the annual Lottie Moon Christmas Offering for international missions. This year’s offering goal is $165 million. The Week of Prayer is Dec. 1-8.

“We celebrate the decision to protect this location of historical significance,” Wisdom-Martin said. “More than a century later, we still feel the impact of Lottie’s legacy that helped shape our global missionary enterprise. Her sacrifice for the sake of the Gospel continues to inspire new generations to fulfill His Commission.”

Built in 1872 by Southern Baptist missionaries Tarleton and Martha Crawford, the church is still in use, with a current church membership of about 4,000. The church was closed to foreigners in the early 1900s but reopened in 1988. WMU leaders from the United States were some of the first foreigners to visit Moon’s church once it reopened. Within the walls of the European-style buildng, WMU leaders discovered a monument dedicated to Moon by Chinese Christians in 1915.

International Mission Board president Paul Chitwood reflected on the vital role Moon has played in Southern Baptist missions throughout the years.

“Lottie Moon’s love for the Chinese people meant that she gave her best to them,” Chitwood said. “And her best was the good news that she shared by her life and witness as a Southern Baptist missionary.

“The Wulin Shenghui Church of Penglai Shandong province was ‘home base’ for Lottie and we are thrilled to see this site preserved, not as a monument to a missionary, but as a spiritual marker to remind the world that the Gospel is worthy of your life. God used Lottie Moon to change China and also to change Southern Baptists forever.

“We’re incredibly grateful for the legacy of her work in partnership with this local church and the more than 4.5 billion dollars given in her honor by Southern Baptists in the past 120 years to advance the Gospel toward the vision of people from every nation, from all tribes and peoples and languages, worshiping our Lord,” he said.