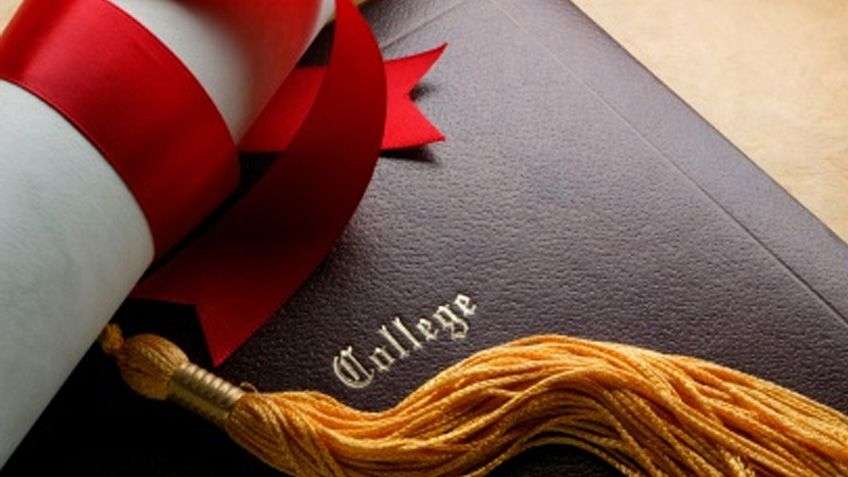 As we announce the students who receive scholarships this year, it is important to highlight those who made their scholarships possible.

The Student Memorial Fund began in 1965, when one student, whose plan to serve the Lord in this life, was cut short. At the Princeton church where her father was pastor, Donna Grace Peterson responded God’s call to missions. It was 1963 and she was a high school senior. In her first semester at Vincennes University, Donna had to drop out of school due to intense shoulder pain. Testing revealed cancer. Radical steps were taken over the next year to contain cancer, yet eventually her family realized that healing on earth was not God’s plan. As they faced Donna’s imminent funeral, they wanted to provide for others to prepare for ministry. With the help of SCBI’s leaders, the family set up a fund to receive donations for a scholarship fund for Indiana Baptists to pursue their ministry calling. The earnings from that original investment and the many donations through the years have provided scholarships for Indiana Baptist students for 42 years.

Others who chose to turn their loss into Kingdom investments include the families and friends of Mark D. Miller (1980), Julie and Christina Moore (1986), Libby and Rachael Senter (1987). Some, like Mrs. Hildreth Belzowski of LaPorte, included the scholarship fund in their wills. Dr. and Mrs. E. Harmon Moore made a donation in honor of their parents who supported them in preparing for ministry. Many more made donations from the heart of various amounts.

These gifts created a corpus that produced enough income for the $18,660 being sent to schools this year. Thanks to generous investors of the past, the Baptist Foundation of Indiana (BFI) is able to award scholarships to 11 of this year’s applicants.

Each year many students apply for scholarships. It is our hope that as more funds are donated, scholarships can be given to more students. If you would like to participate in blessing students who are preparing to serve in ministry, please prayerfully consider donating to the Student Memorial Fund. Contact Jennifer at jennifer@inbaptistfoundation.org for more information. 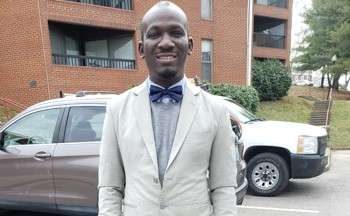 “To the glory of God alone! …This is a timely help and is an answer to my prayers. … Your gracious generosity is a huge blessing and relief that will help towards taking care of my tuition need and afford me the grace to focus my mind on my studies and the ministries I am involved in.” 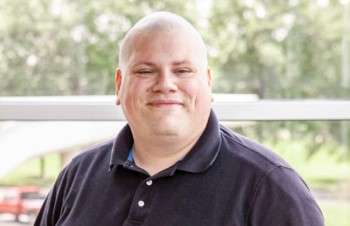 “This has been a challenging year for many, including my family. My wife and I wondered if I should hold off on attending seminary. …when we saw that I was awarded the BFI scholarship this year, I was floored. You did not just help pay a significant portion of my tuition. The scholarship also bolstered my faith and reminded me of my own calling. I am so grateful that the BFI scholarship invests in the church’s education!” 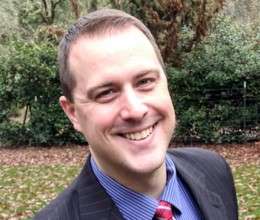 “I am deeply honored by this generous gift and see it as another way our Lord is allowing me to pursue this journey of teaching and preaching His Word. This scholarship will pay for two of my classes next year at Southern Baptist Theological Seminary and I look forward to how the Lord will continue sanctifying me through this education. As parents of our six children, my wife Lisa and I want to express our deepest gratitude and appreciation for this much-needed gift.” 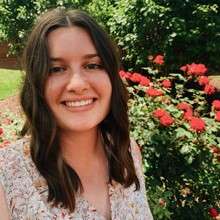 “I am so grateful to the Lord for his provision through BFI. Because of the sacrificial giving of others I have the opportunity to be further equipped for ministry. This scholarship has removed financial burdens so that I can be more invested in my classes. To God be the glory!” 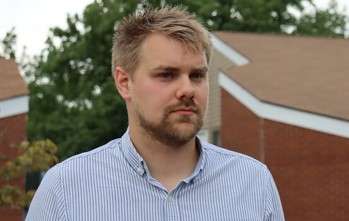 “The generous support of a scholarship from the Baptist Foundation of Indiana will be a significant help for me and my wife, Helena, as we pursue training for gospel ministry. In August 2019, we moved from our native Scotland so that I could study for an MDiv from The Southern Baptist Theological Seminary. This level of training, as a full time academic programme over several years, at an institution committed to the inerrancy of the Bible and to training for gospel ministry is not possible in our home country. Being international students brings limitations, and while my options for part time work in the US are strictly limited by my visa requirements, Helena is prohibited from work altogether. This means that support of our studies makes a tremendous contribution to the financial viability of my studies, and is a big help to the ever-constrained budget of international students. Furthermore, your contribution towards school expenses will allow me to take more classes during this academic year, reducing the time required to complete my studies and speed my return to full time gospel work, better equipped to serve the Lord’s church wherever he calls us.” 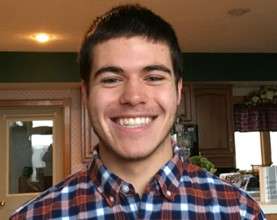 “This scholarship is a great help to me as I continue to seek to follow God’s leading for my life and to prepare myself for whatever He may call me to do.  With this scholarship, I will be studying computer science and Mandarin Chinese at Wheaton College with hopes of completing seminary afterwards. It is my hope that with these tools, I will be able to pour my life out for the Gospel regardless of the context that I live in. This scholarship is one of the building blocks that God has provided to make that possible.” 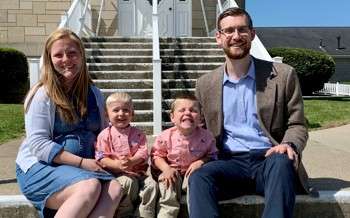 “God is good! My family and I are continually amazed at how God has provided for us during this season of life. Certainly, receiving this year’s BFI Scholarship is evidence of God’s providential care. In covering a significant portion of this year’s tuition, I am able to continue pursuing my call to church ministry without the fear of placing school on “pause” to save the necessary funds. I am grateful that Indiana Baptists are committed to the training of church leaders through theological education. Ultimately, this training will benefit Indiana churches as ministry leaders put to practice the knowledge they have gained.” 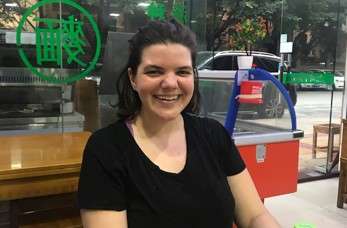 “I want to thank you so much for granting me a scholarship for my continued education at The Southern Baptist Theological Seminary. For three years I served with a mission team in East Asia and it was such an amazing opportunity to see how the Spirit works and leads in other cultures. My experience in that setting has moved my heart toward missions and reaching other people groups in a cross-cultural context. This scholarship will allow me to continue my much needed education and continue to prepare me for the role that the Father has prepared for me.” 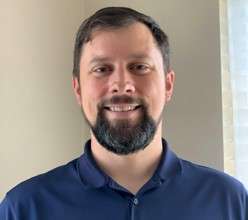 “It is with a full heart of love and gratitude that I write this letter to you. I want to express how thankful I am for your generous support toward this coming academic year at SBTS. I am also blessed by the BFI’s commitment to support the theological training of men and women from Southern Baptist churches across our state. I pray that each dollar would be maximized and stewarded by recipients for their growth in the knowledge of God and His Word, the advancement of Christ’s Kingdom, the good of His Church, the proclamation of the Gospel, and the advancement of the Gospel to the Nations. From Philippians 4:16 we read, ‘…you sent me aid more than once when I was in need. Not that I desire your gifts; what I desire is that more be credited to your account…They are a fragrant offering, an acceptable sacrifice, pleasing to God. And my God will meet all your needs according to the riches of his glory in Christ Jesus. To our God and Father be glory for ever and ever.’ Amen.” 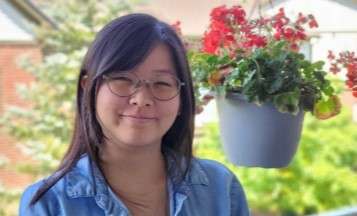 “Thank you very much for choosing me as the recipient of the 2020 Baptist Foundation of Indiana scholarship! Your generous financial support has opened a higher education for me.

I am currently a freshman studying Christian Education for my MA at Southern Baptist Theological Seminary, and plan to graduate on Spring 2022. I have double-majored International Law and International Relations and gained BL (Bachelor of Law) and BA for my previous studies. I was certain that I will always end up in the field of law. However, during my studies I realized that most criminals were originated from neglected adolescences and tragic family backgrounds. I decided to change my path and thus I am currently pursuing Christian Education, in hopes to reach out to such children. … Your generosity is enabling me to focus on my education and pursue my goals, despite the difficult situations. I am looking forward to being able to give back to the community as a teacher.”

“Thank you very much for this scholarship. I’m very thankful for these funds to help continue my seminary education. My family and I are so thankful! As my wife and I look forward to continuing our process of applying with the international mission board, these funds will help us continue to take classes to help prepare us to take the gospel to the nations.”